Are you seeing baby chickens and chicken eggs disappear from the chicken coop? Do chickens attract snakes? Can chickens have the ability to fight back and keep snakes away in any way?

Chickens can technically keep snakes away but it is not true in most cases because snakes are like predators and they can devour adult chickens, chicken eggs, and chicks. Sometimes, chickens can also scare snakes away especially when the snakes are of small stature.

Different types of chicken species can be useful in deterring snakes away therefore, being knowledgeable about such types will help you in deciding what chickens to keep in your chicken coop to protect your flock of chickens.

Guinea hens can definitely keep snakes away and they are really observant when snakes are around their perimeter.

In addition, any kind of uninvited distractions such as snakes can be sensed easily by guinea hens and they will thus make alarming noises for others which will invite other flocks of chicken to deter snakes away.

Free-range chickens technically have the ability to keep snakes away especially when they are gathered together as a flock and work in unison.

However, when it is between a single free-range chicken and a snake, the snake gets the upper hand and is considered a predator that hunts for the free-ranging chickens, baby chickens, eggs, and so on.

Do chickens keep rattlesnakes away?

Chickens will not keep rattlesnakes away because chickens are usually somewhat afraid of snake invasion.

In addition, it is very common for rattlesnakes to be attracted to the chicken coop and they usually come to hunt chicken.

In such situations, a chicken may be able to fight back at first but it doesn’t have the proper ability to fight off a snake especially if the snake is of average size.

However, if it is a flock of chickens that seem to be intrusive towards a rattlesnake then the rattlesnake will be at a disadvantage.

Therefore, it is better to pay attention to the signs and symptoms of snake invasion in your chicken coop to adopt your actions accordingly to avoid any unnecessary incidents.

Will having chickens attract snakes?

Having chickens will attract snakes. Although one may think of snakes as being the most vicious creature around, they however usually feed on rodents. In search of these rodents, they look around chicken coops.

In such situations, they find the chicken coop very attractive as food and chicken eggs are lying around there. The warmth of the chicken coop is something that also seems to attract snakes to chickens.

In addition, although chickens are very good at defending themselves, they are however afraid of unwanted intrusions meaning they are somewhat scared of snakes that can potentially damage their coop or damage their chicks.

Additionally, it is not only the chicken’s eggs or baby chickens that seem to attract snakes to chickens rather it is the dry and protective place that seems to provide snakes a good place to reside or hide.

Having chickens in your yard or in your chicken coop will also attract snakes because there might be some water sources for chickens that can also relieve the thrust of snakes in scorching heat so they tend to hang around.

Do snakes go after chickens?

Snakes can definitely go after chickens but this is not always the case as chickens also have a natural tendency to go after snakes as well if they feel threatened.

The relationship between chickens and snakes is more complicated than you think. An average-sized snake will definitely be a threat to chickens.

In addition, snakes can even hunt for chicken babies or chicken eggs to satiate their hunger which can be very detrimental for chickens.

Moreover, it is the chicken coop’s environment that seems to attract snakes to chickens, so, in that sense snakes definitely go after chickens.

In addition, chickens at times can even be afraid of snakes because chickens are not used to having these types of predators around.

Moreover, fear of snakes can go to such an extent that chickens may even feel very distressed to even lay eggs.

However, this doesn’t mean that snakes always have the upper hand rather chickens also go after snakes.

Additionally, this happens when chickens feel that their chicks are in danger so they will join together their flock and will chase snakes.

Chickens, especially roosters can even be very persistent and aggressive to those snakes that pose a threat to their resident. Accordingly, chickens are also courageous enough sometimes to chase snakes, especially the small ones.

What animals keep snakes away?

Several types of animals can actually keep snakes away and being knowledgeable about such types will help you in molding your decisions accordingly to avoid any confusion.

One of the most common predators of snakes is the fox which is why foxes are really capable of hunting snakes which will eventually lead snakes to try to keep their distance from this animal.

Another animal that keeps snakes away is called Mongoose. Mongooses are really unique in their hunting process and these attributes help them to hunt for any kind of snake.

In addition, it is a very natural instinct for a mongoose to hunt for snakes because snakes and mongooses are natural enemies.

Additionally, mongooses also seem to have immunity when it comes to snake venom and this is why they are highly harmful to snakes so, snakes like to steer clear of them.

Pigs are also very good snake repellers because pigs will do anything to save their piglets when the piglets are being chased by snakes.

In addition, pigs also seem to have some sort of immunity to venom which again helps make snakes afraid of pigs.

How to keep snakes away from chickens?

It is really important to be aware of the ways that need to be followed for keeping snakes away from chickens so that any kind of unwanted events cannot occur.

In addition, the reason why this can be effective in keeping snakes away from chickens is related to the fact that snakes are highly sensitive to lights which is why if you install these lights around your chicken coop, it will effectively keep snakes away.

It is no surprise that snakes usually like to hunt for chickens at night times by digging through their chicken coop. Accordingly, this is why a coop apron will come in handy in such situations.

Additionally, all you have to do is to screw the coop apron around the entrance of the coop. This will prevent any type of snake to dig through and go inside the chicken coop to hunt for chickens.

You have to make sure to clean all the surrounding area and inside of the chicken coop very thoroughly to get rid of any kind of droppings of chickens.

You also need to make sure to level out your grass and clean out all the bushes or debris to create an open area. As a result, snakes will keep their distance from chickens.

It is really important to control rodent infestation around your chicken’s residence so that snakes feel demotivated to come to your chickens.

Accordingly, all you have to do is to keep the chicken feeder away after your chickens are done eating because these feeders seem to attract mice and rats which eventually attract snakes to chickens.

If your chickens’ coop has cracks in them, this is the perfect place for snakes to swipe through and do destructive damage.

Therefore, you have to look out for these cracks and holes and block all kinds of openings as soon as possible.

Even after doing all these things to demotivate snakes to come to your chickens, you may still be having snake-related problems.

This is why you have to make use of snake repellents as a last resort to effectively get rid of any kind of snakes coming to hunt for chickens.

Accordingly, you can make a concoction by yourself by mixing soapy water with pepper and you can thus use it as a snake repellent for snakes.

You can also make snake repellent with cayenne pepper, black pepper, red pepper, cinnamon oil, and so on.

Nevertheless, there are still some commercial repellents that also work better in repelling snakes so that they go away. 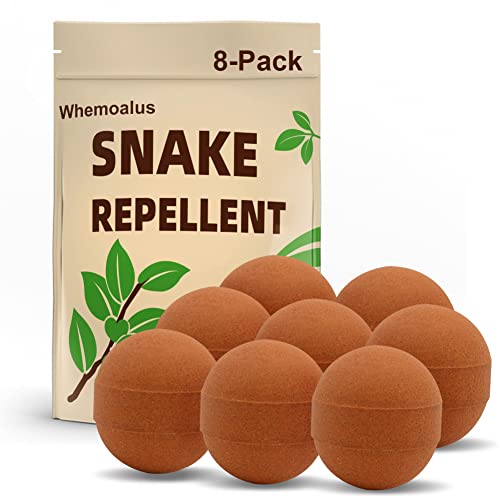 To sum up, it is really important to properly secure your chickens from snakes so that you do not have to worry about snakes preying on your chickens. Although chickens can sometimes keep small snakes away, it is actually snakes that have the ability to hunt and scare chickens the most.