Have you lost one of your ducks at night and wondered whether an owl could be responsible for that? Saving your ducks is hard when there are duck predators in your area. This article will discuss if owls eat ducks and how to protect the ducks from owls and other predators.

Owls are one of the common predators of ducks. Large owl species are prone to pounce domestic animals like ducks and chickens. Owls usually ambush ducks at night if the ducks are not well protected. Owls can steal ducklings and young ducks, but they can’t carry off adult ones.

Keeping ducks is challenging as there are a lot of predators that can easily hunt on ducks. Ducks do not have any sort of defense mechanism against predators. They have round beaks and flat feet, which does not help them protect themselves.

Now let’s talk about owls. There are many different species of owls worldwide. There are differences in size, weight, characteristics, and food habits among them.

Owls will hunt ducks if they get to reach them. As owls are nocturnal animals, they hunt at night time. So if you keep your ducks unprotected at night, owls can easily pick a duckling and fly.

It happens when there are open parts in your duck house that owls can use to enter and catch ducks. That’s why duck houses should not have shadeless or open parts.

Some species of owls hunt during the daytime.  Hawks and other predatory birds also hunt ducks during the day. So, you must take proper protective steps to save your ducks.

Owls are carnivores, and they rely on animal protein to live. Big species of owls like great horned owls and red tail owls can easily hunt ducks. But there are many small species of owls that do not hunt household birds and rely on insects, frogs and mice.

Keep in mind that many other predators can also hunt and eat ducks. But if a predatory bird hunts ducks, you will not find any signs like blood and feathers. If a fox, coyote or raccoon dog eats your duck, you may leave some clues.

Check out if those common owl species can eat ducks.

Barred owls can pounce young ducks and ducklings. They are not big enough to catch and carry off adult ducks.

Barn owls are found in most parts of America. They eat small animals like bats, frogs, mice and birds and can be 14-20 inches in size. Which is not enough to hunt adult ducks, but they can charge ducklings if they get a chance.

It is a native predatory bird of North and South America. It is known for its fearless and aggressive behavior and often strikes bigger prey than itself. They can grow up to 24 inches and can hunt adult ducks and chickens.

The snowy owl is found in North America. They are one of the biggest and heaviest species of owls and live in a place with fewer trees. They can eat young ducks.

Screech owls are a small species of owl. They can grow 8-9 inches in size and rely on small animals and insects for food. They don’t usually try to hunt household birds.

Will owls go after ducks?

Owls can go after ducks, and they don’t have to struggle much to catch a household duck. They are such skilled hunters that they can even hunt flying bats.

If you leave your ducks in an open place at night, that’s like free food for owls. Ensure all the ducks are inside the duck house when the sun is about to set. Don’t let your duck go out too early in the morning. Doing this can significantly reduce owl strikes.

Your duck house should not have any open parts. Owls can easily sneak in and hunt a young duck.

Can an owl carry off a grown duck?

Owls can easily pounce ducklings and young ducks. They can also eat the duck eggs if they can find any. Owls are not picky eaters and eat any types of animal protein they get.

As owls and hawks can not normally eat adult ducks, you can use the fact to your advantage. Most charges on ducks and household birds occur in the wintertime. In the winter, many animals go to hibernation, and there is a shortage of food for the owls.

So, if you have all grown ducks in the winter, owls can not hunt your ducks. After the winter passes, you can again start to breed your ducks and raise the ducklings before the next winter comes.

How do owls eat ducks?

Owls catch a young duck with their long sharp nails—the nails lodge in ducks’ internal organs. The owls use their strong beak to break the head and terminate the duck. After that, the owl flies to a high tree to enjoy its meal.

Owls may bring food to their nest if there are babies in the nest. Sometimes, owl siblings share food.

Ducks don’t usually fly. That’s why some people use net walls to keep them inside. It is practical to keep the ducks inside, but that can not protect them from predators like owls and hawks. In the next section, we will discuss protecting the ducks from owls.

How do you keep owls away from ducks?

Keeping the ducks safe from owls and other potential predators can be challenging, especially if you live near a forest area and many predators are around. Losing a few is usual, even if you take the highest protection. Follow the tips below to keep owls and other predators away from your ducks.

Make a durable duck house that is free from any big holes. A well-made house can save your ducks from nocturnal predators such as foxes and owls. Make sure you shut the duck house door after keeping the ducks inside.

Keep the ducks inside their house before it gets dark. Predators like owls become active at that time. Don’t let your duck go out too early in the morning.

You can hang bird repeller reflector tape around where you keep your ducks. The tape shines in the sunlight and scares off flying birds.

The tape will save the ducks from day owls and hawks in the daytime. You can hang a CD instead of reflector tape. 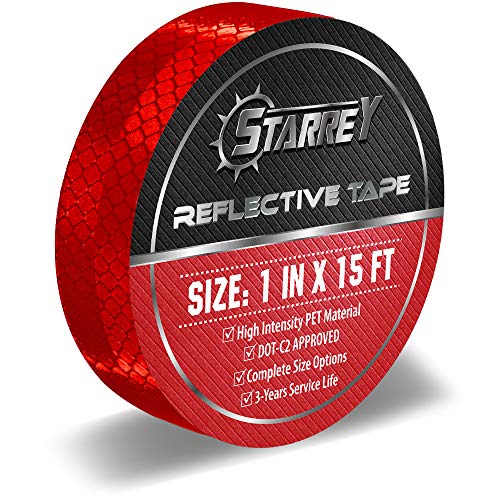 Randomly tie some fishing thread over the place where you keep the ducks. It will add some sort of protection.

Owls will eat any type of bird eggs if they find them. Duck eggs are pretty easy to find as they lay eggs randomly. However, if you make a nest for them and keep the nest where they roost, the ducks will choose to lay eggs in the nest most of the time.

Always check where the ducks move around to collect all the eggs. However, eggs are not very healthy for owls.