Many of us maintain a garden in front of our houses as it not only is a popular hobby across the world but also improves the overall beauty of a house. Therefore it is crucial that the plants are taken care of to maintain the appearance of the garden.

However, earth dwellers such as moles and armadillos can devastate the soil underneath and ruin the appearance of your garden. Therefore, you can learn about dealing with such animals in the abstract below.

Does castor oil keep armadillos away?

Castor oil is effective at keeping armadillos away and also prevents them from digging into your garden or yard. Castor oil achieves this by penetrating into the ground and by spoiling insects and grubs which are their food sources. It also creates an unpleasant smell in their burrows.

Their appearance is best described by having an armor-like exoskeleton that stretches across their back starting from their neck until their tail, they also have sharp claws that allows them to dig deep into ground at ease. They can move relatively fast despite having small legs.

They are about 30 inches long in length and generally consist of different species – with one of the species being able to curl them into a ball-like shape with their armory shell. Their smell is primarily used to defend themselves against predators and protect their soft and delicate body.

Although armadillos are primarily known to dig burrows and be ground dwellers, some live above ground as well or in burrows built by other animals.

An active armadillo site can cause serious damage to your yard or garden if left unchecked – therefore it is crucial to take steps to repel armadillos from your property.

One such effective item is castor oil that can be used on gardens or yards to effectively repel not only armadillos but also other earth dwellers such as moles and voles as well.

This oil works by penetrating deep into the soil and ruining the insects and grubs that the armadillos consider a food source. If the armadillos don’t find food on your property, they will leave it in search of another.

Another way castor oil works is by causing burrows to have an unpleasant odor that discourages armadillos from approaching.

How do you use castor oil to get rid of armadillos?

Castor oil can be used in several ways to get rid of armadillos, such methods are described in the list below:

Spraying the solution across the area:

To make an armadillo repellent, you need to take 2 parts of castor oil and mix it together with 1 part dish soap and a gallon of water. Stir this mixture well to allow all the content to mix thoroughly since oil and water do not mix well.

When done, pour the mixture into a pump sprayer or a spray bottle and spray the solution you made across the affected area and areas that are potentially under threat of the armadillos.

You need to spray the solution over the area after it rains as it would wash away the oil from the soil. It is most effective to spray them once every month and then sprinkle some red pepper powder over your yard for a stronger effect.

Another effective way to use castor oil to repel armadillos is to fill their burrows or exposed holes with castor oil solution. Like the previous method, create the solution by mixing two parts of the castor oil with 1 part of dish soap and a gallon of water.

Mix them thoroughly until all the components have mixed to give a foamy solution. Next fill the solution into a pumper that is connected to a hose and mark all the holes and affected spots.

Pour the solution into the holes and potential armadillo burrows with sufficient amount of the solution. Repeat this once or twice a month and you will notice that the armadillo activity in your yard has significantly decreased.

Flooding and trapping armadillos till they resurface:

Like the previous methods, you are required to mix 2 part castor oil, 1 part dish soap with a gallon of water but repeat the preparation of this mixture until you have sufficient amount to cause a bit of flooding in your yard.

Once the mixture has been prepared, then locate all the holes across your yard and estimate the location of the burrows and dig a hole in those spots deep enough for the water to seep through into the burrows.

After the preparation is done, pour all the solution into the holes directly or better using a hose until the underground tunnels have been flooded completely.

This would force the armadillos to either dig far away from your property or resurface into the ground and escape.

Is castor oil bad for your lawn and garden?

Castor oil is not bad for your lawn and garden and will not cause damage even if used in large quantities. Castor oil doesn’t have any effect on your lawn and is safe for the soil as well.

Castor oil would however cause the plants to become sticky and give off an unpleasant odor. Other than that, it doesn’t cause harm to plants or any insects that live in your yard.

Is castor oil safe for pets?

You need to exercise caution when you are using castor oil, specifically with cats. Make sure that your cats or dogs are not ingesting any castor oil – although it won’t cause any harm to them immediately, it is advised to not let them feed on castor oil in the long term.

Besides that, castor is known to be safe for any pets and are non-toxic. But you need to maintain proper hygiene for pets coming in contact with castor oil as they are sticky and give off bad odor.

Where can I buy castor oil for armadillos?

Castor oil is a popular type of oil that is extracted from castor beans. Therefore, you can  get them from any aromatic stores or any herbal medicinal stores that are known to sell essential oils.

Castor oil can also be found on retail departmental stores in the oil and cosmetic section as they are used as a hair beauty product by many.

What are the best armadillo repellents?

Below listed are some of the most effective methods of repelling armadillo:

You can make some effective armadillo right at your home by mixing cayenne pepper, castor oil and water. Making a dilute solution would allow it to penetrate the soil better.

Once you made the solution, spray the liquid across the affected area where you noticed armadillo activity. The standard amount for spraying is 16 ounces across the area however you can use more or less depending on the size of your yard.

Commercially made chemical repellents work excellently to get rid of armadillos. Most of them come in granular form which is dissolved in water to make a solution which you can either spray or wash over your yard.

These products are made specifically to  repel armadillos, so if you have your yard filled with armadillos – then this is a good option for you. 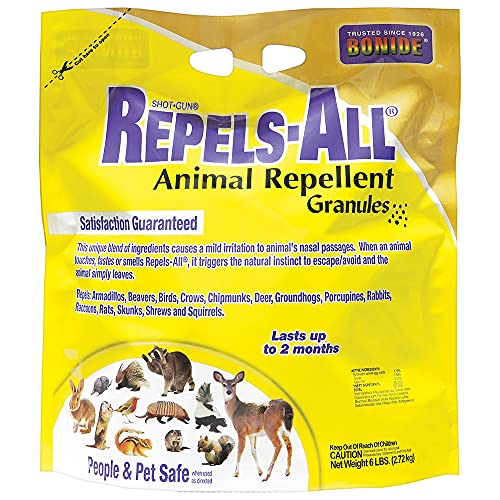 Electronic sprinklers that use motion sensors can be used to detect armadillo activity and deter them from entering your yard or garden.

The sensors would detect any motion and activate the sprinkler which would pump water towards the armadillo and prevent them from approaching your yard. 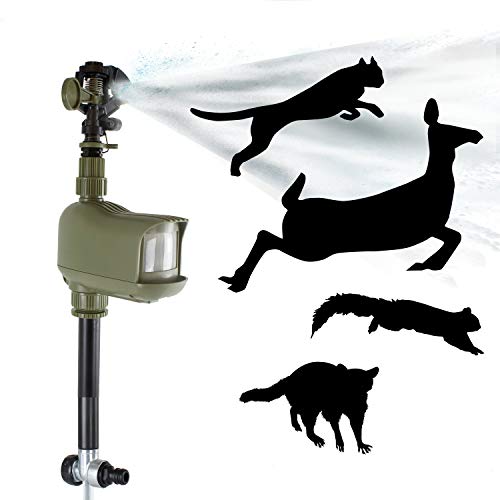 Ultrasonic repellents are the most silent and stealthy form of repellent as it would send an ultrasonic frequency that affects armadillos but are not in the human audible range.

However, this may irritate any other pets you have at home so be careful about considering this option. 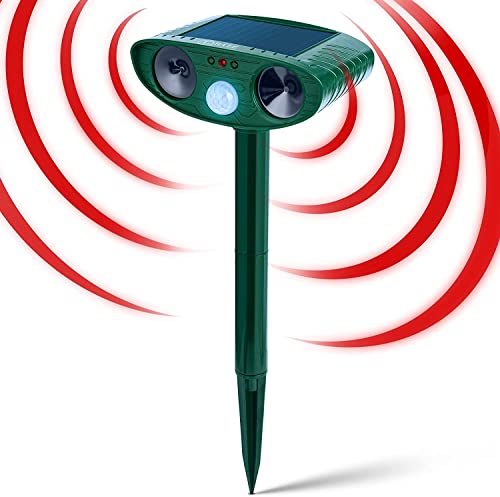 Castor oil is effective at repelling armadillos while also preventing them from digging in your garden or yard. Castor oil does this by entering the earth and poisoning the insects and grubs that are their food supplies. It also gives out a foul odor in their burrows.